Embrace the Place - The 1% Event 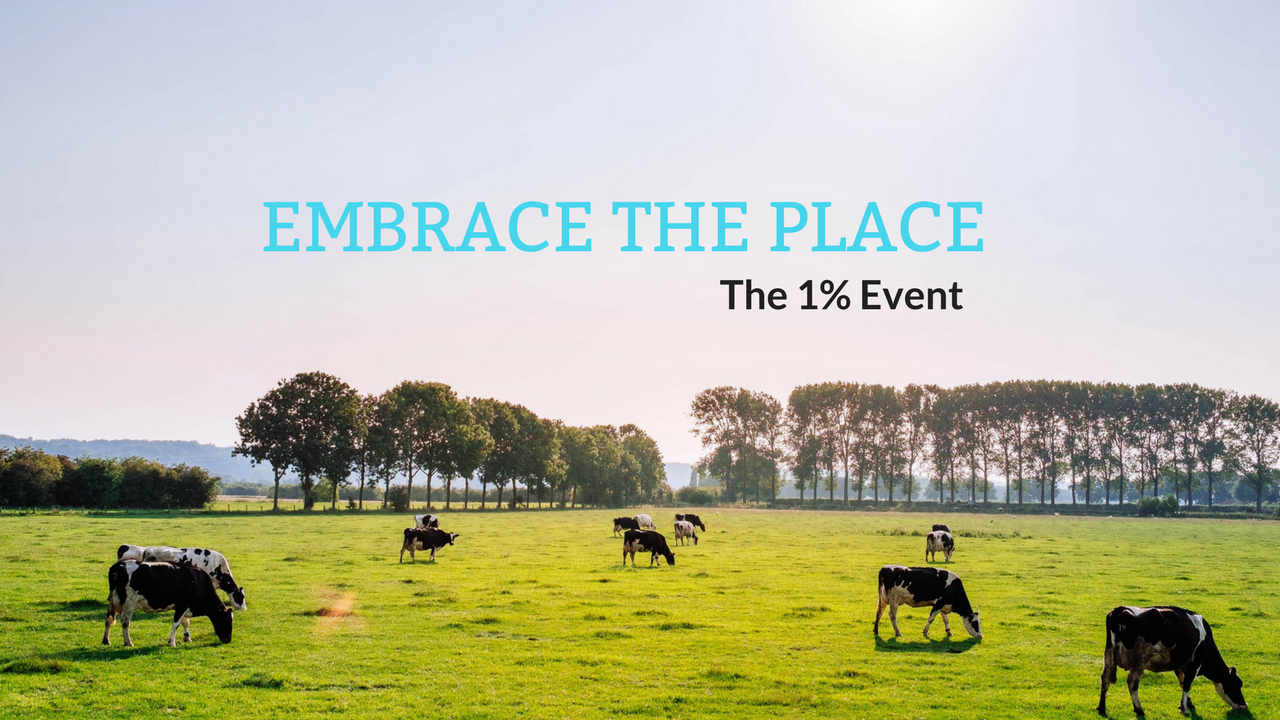 Travel to a spectacular, exotic place.
Check in to the hotel room. Wander around enjoying the beauty and splendor of a new or unusual place and the magnificent weather.
Then spend three days locked in a generic ballroom or conference center.

There's nothing like a change of scenery to revitalize a weary conference attendee.

That's why when I arrived in sunny Orlando a few years ago for a corporate event I was shocked to find out where I'd be speaking.

You see, I'd been invited to be the opening keynote speaker the night before the three-day corporate retreat began.

When I asked the front desk which ballroom the dinner and keynote speech was in, they couldn't find it on the conference sheet.

After asking around the helpful front-desk attendant told me that the dinner was right there.

As I spun around to see where she was pointing, I could see the banquet tables and buffet being set up. Right outside the lobby was a spectacular pool and amazingly inviting...

This week Drew Davis highlights a 1% Event that doesn’t mind if you skip their keynote address...just as long as you're in a one-on-one meeting...hmm?

Why would this Event Producer promote a lacking attendance for their expensive Keynote speaker?!

Find out more on The 1% Event! 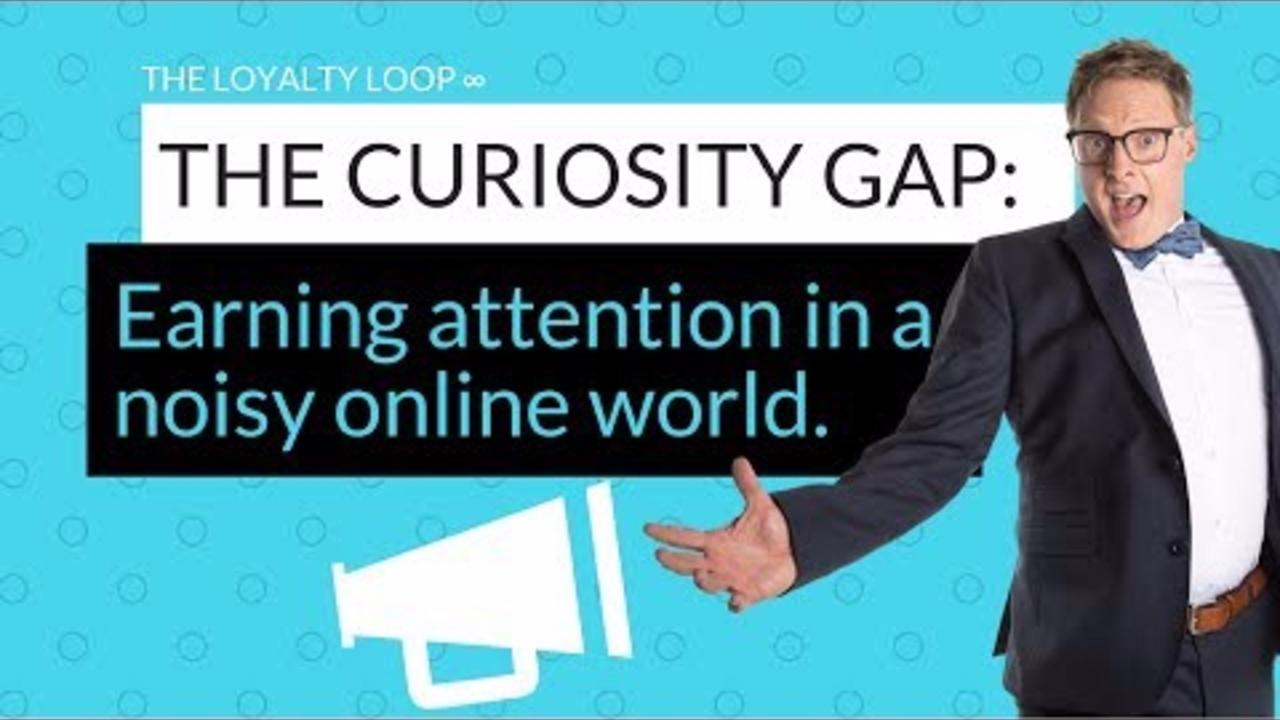 Today you're going to learn how to capture your audience's attention in a noisy online world. It's actually a very simple principle I've used for decades, writing for television networks like NBC, CNN, CBS, and MTV.

And it's the very same concept that's help build some of the most successful online content platforms in the world.

I'm going to show you how it works, the psychological phenomenon it's based on, and even reveal to you the one online platform that's created a generation of content skeptics.

An experiment in curiosity

Here's the deal, a couple of years ago, a psychologist decided to run a very interesting experiment. What he decided to do was post a trivia question like this at the bottom of the stairs in an office building...

The Sponsor Matchmaker - The 1% Event 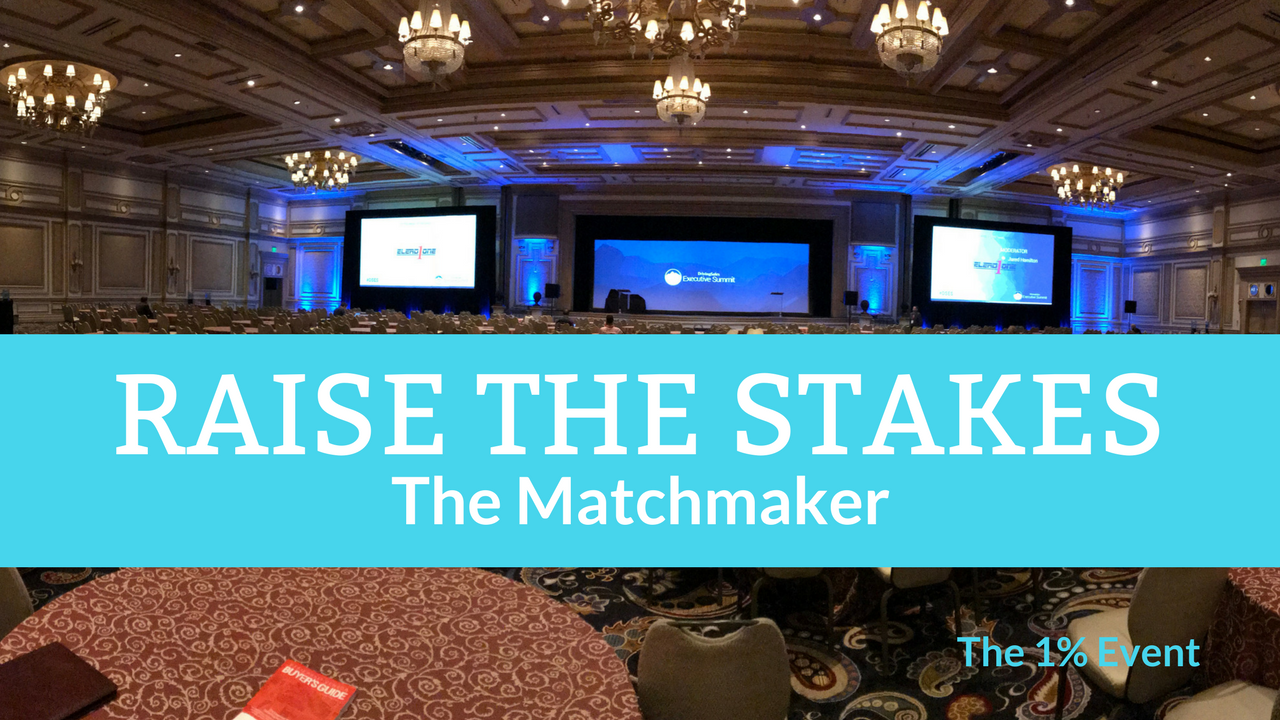 This month, we’re exploring events that Raise. The. Stakes! Last week, we discussed the 1% Event that turned a game show into a massive draw for the audience.

This week we're exploring the 1% Event that changed the way they incorporate sponsors into their event.

Learn how to increase sponsorship revenue while providing value for your event attendees!

Game Show Ideas for Events: The Live Pitch - The 1% Event 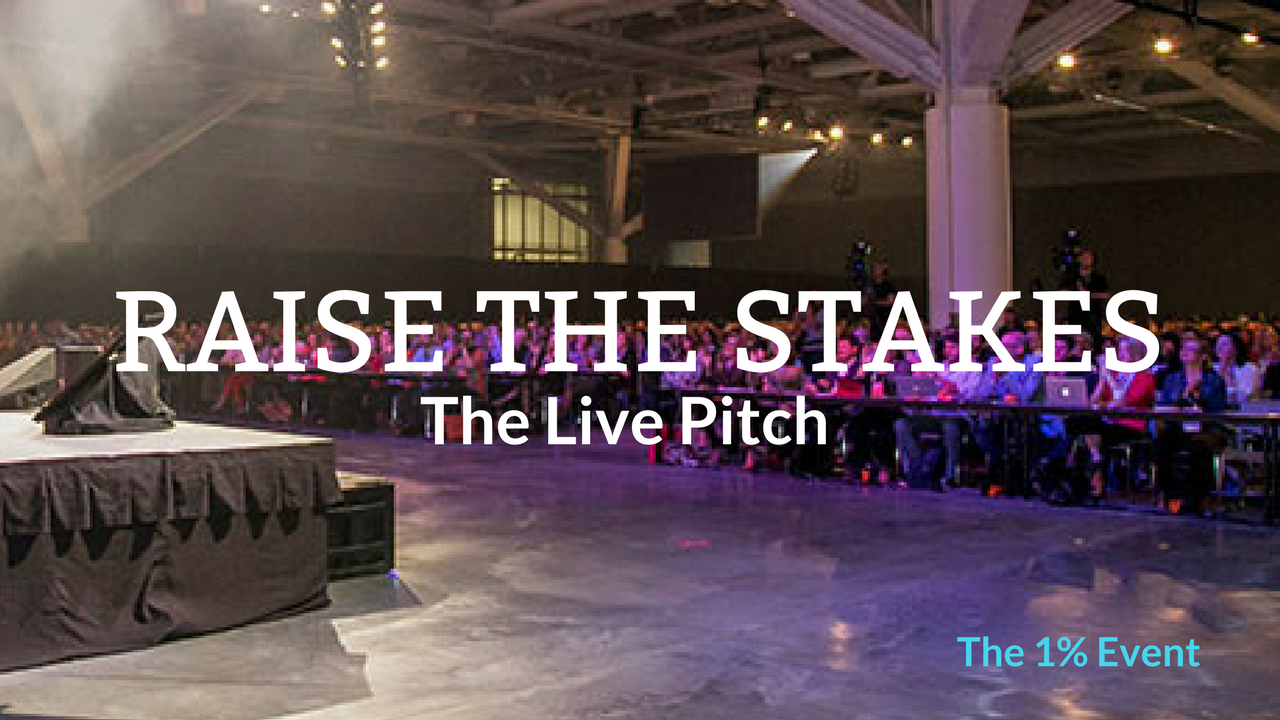 This month, we’re exploring 1% Events that RAISE THE STAKES! Last week was about helping break-out speakers level-up their presentations.

This week, find out how an amazing European event marries Shark Tank with Marketing concepts.

What did they do that had the entire audience riveted for an hour? It’s all about....THE LIVE PITCH!

How to Level-Up Your Breakout Session Speakers - The 1% Event 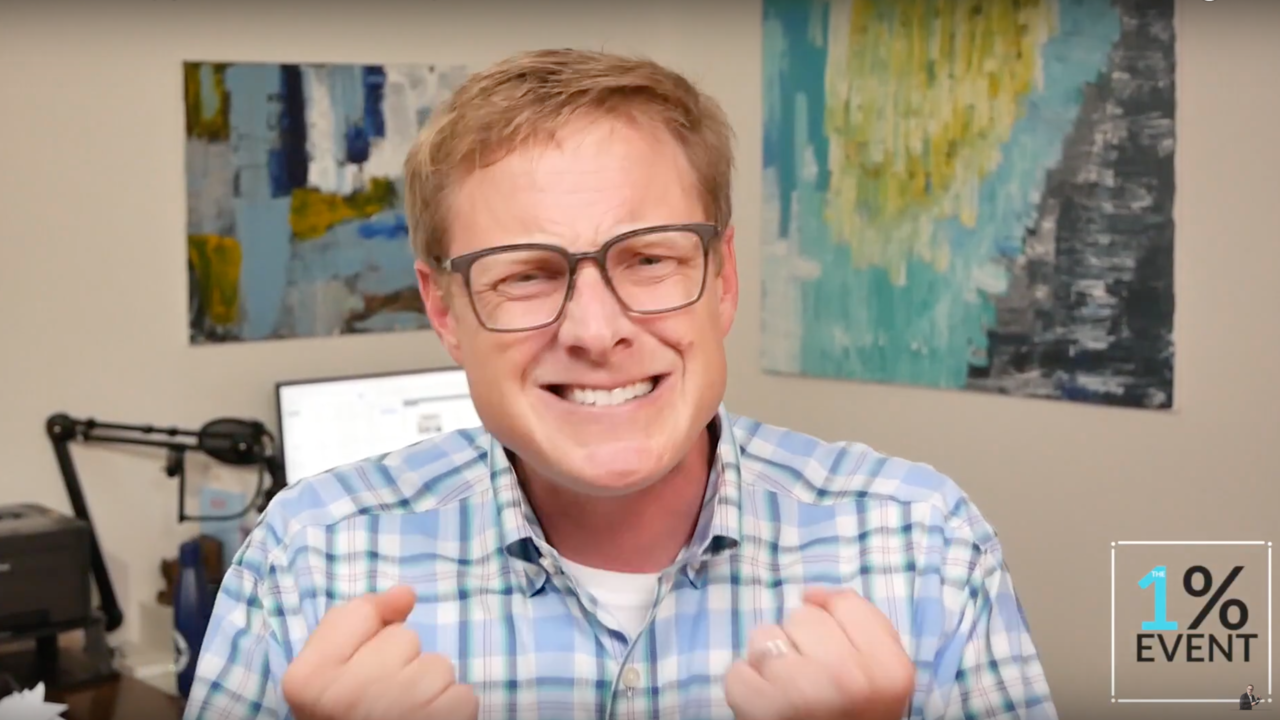 99% of events we attend are the same. What about the other 1%? Every Tuesday I share another example of The 1% Event.

This month we are profiling amazing 1% Events that RAISE. THE. STAKES.

Sometimes your event will have multiple speakers with different presentation styles. Here's how to make sure your Breakout Session Speaker brings their A-GAME!

The Mystery Guest: How To Keep Attendees Riveted ALL day! 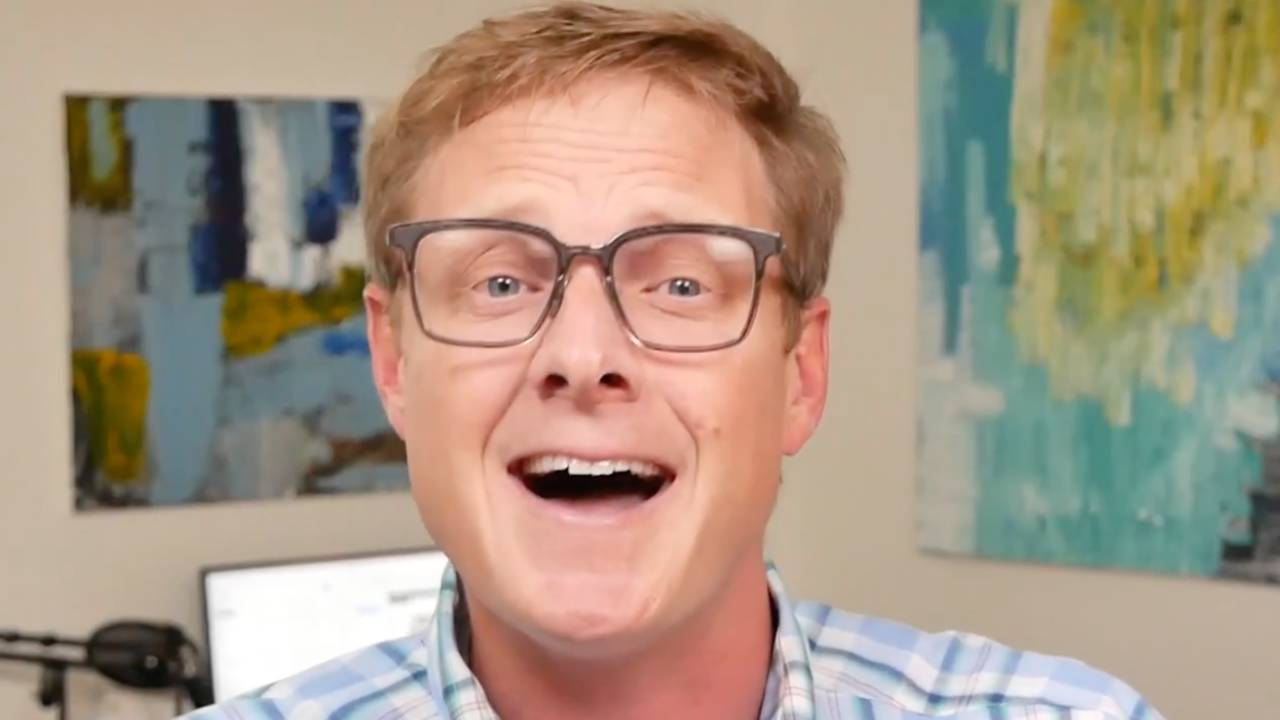 This month we’ve been profiling amazing 1% Events that harness the unbelievably exciting power of Suspense.

Learn how to build event suspense with a surprise guest that can excite attendees and keep them riveted at your event ALL DAY LONG! 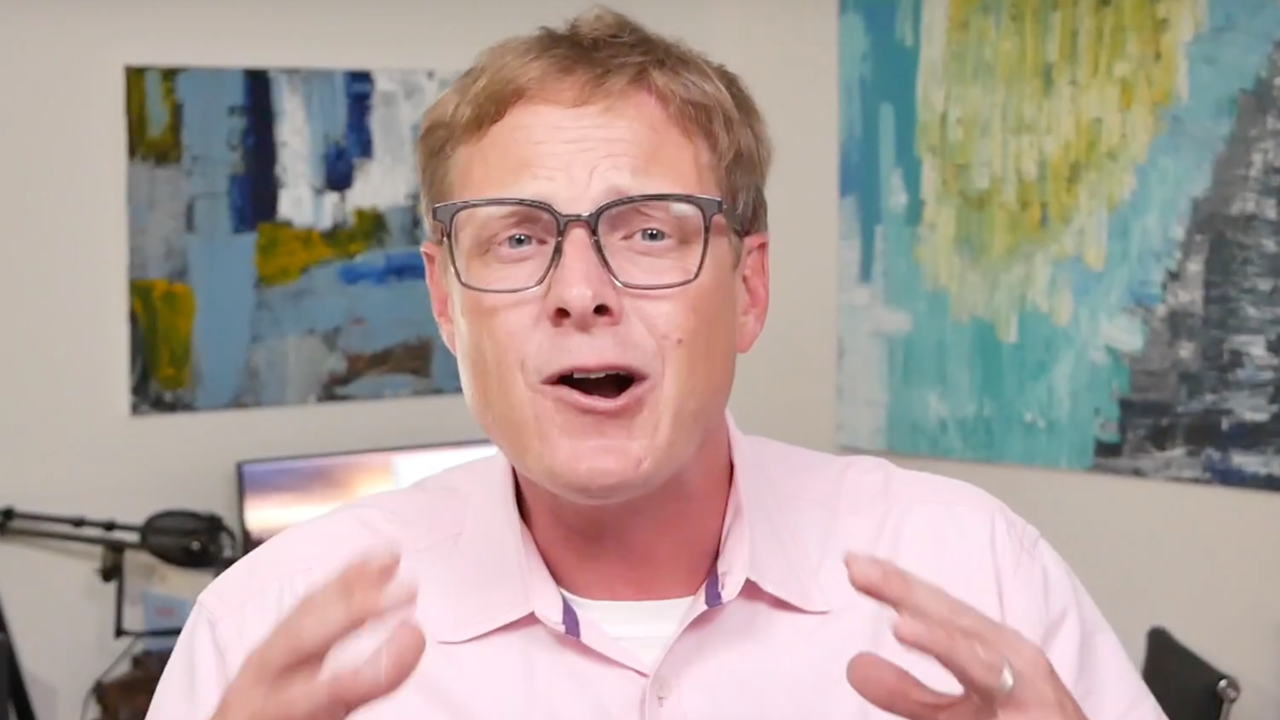 Find out creative ways to ignite attendee excitement with vendor deals and promotions through the power of suspense!

The Mystery Destination and the Power of Suspense

Welcome to another episode of The 1% Event - where each week I profile a new event doing things differently than the other 99% of events.

This month, we’re profiling four amazing 1% events that harness the unbelievably exciting power of Suspense…and this week….it’s all about the Mystery Retreat….

How can you heighten the anticipation and excitement for your retreat attendees? Take your event to the next level...

For the next four week's we're exploring the power of building suspense around the events you produce.

This week's 1% event is all about the Mystery Mixer and the amazing impact it had on optional event attendance for an evening social event!

What have you done to increase attendance at your social events?