Your customer experience surveys are broken 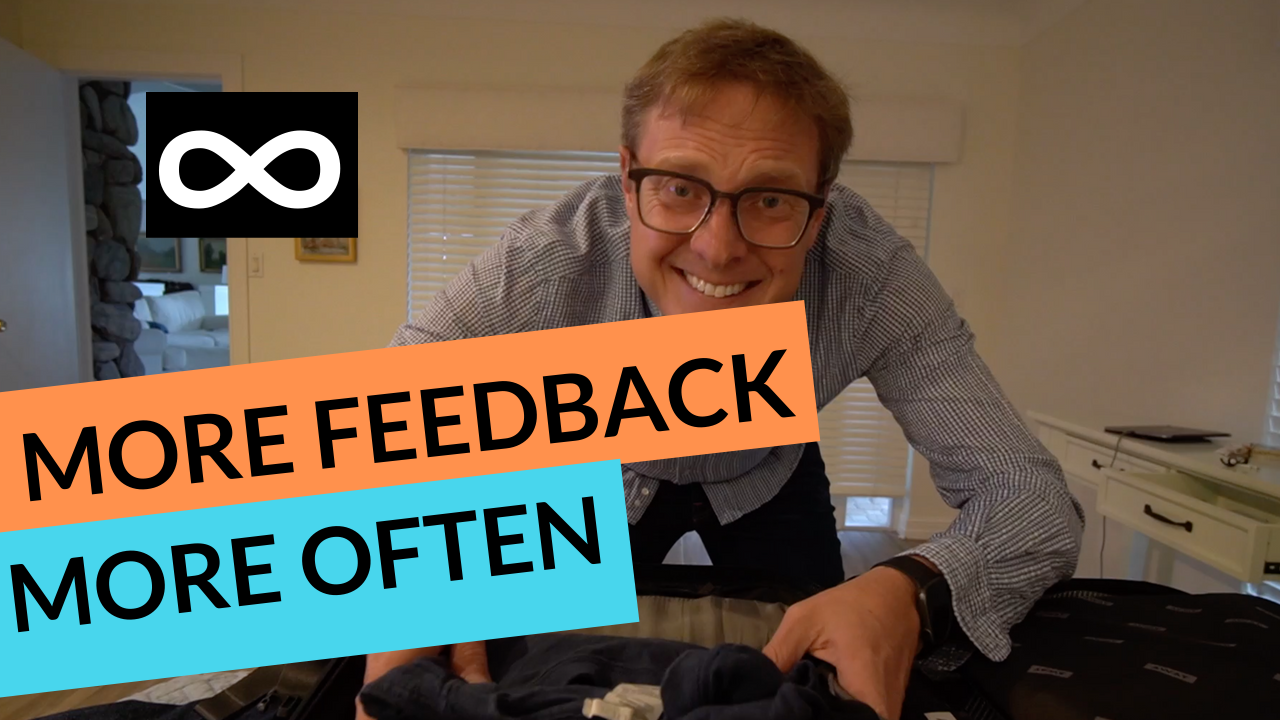 I’m packing again! You know I travel a lot. And for the last few weeks, I’ve been going through every single airport looking for one special thing.

And guess what? I found it. Finally, in the Seattle airport.

I’m going to show you this amazing device that’s transformed consumer experiences. I’ll tell you how it’s changed the flying experience for 9.5 million passengers. And how we can replicate this to transform experiences, just by changing the way we ask people to tell us how we're doing.

These days, everything you buy, whether it’s a plane ticket, car rental or something on Amazon. Whether you download an app, open an app, call customer service, sign up for something, treat your house for termites, donate to a cause, eat a taco or join a gym. No matter what it is, the next thing you know you’ll get a request to fill out a survey.

“Tell us how we did”

Email, phone calls, text messages, they’ll contact you every which way asking you to reflect on the experience you’ve had. It never ends.

All of these reasons result in low response rates.

I bet you’re wondering how these researchers found out that survey fatigue was a real thing. That’s right. They did a survey.

How can we get consumer feedback?

You could try and fix the problems with your survey. But the truth is, none of these fixes will cure the underlying problem.

With surveys we're asking our customers to reflect on the experience after the fact. When what we should be doing, is inviting them to give their emotional feedback while they are still in the experience.

An experience is just a series of encounters that leave an impression on someone. It’s the feeling we get when we are within the experience.

The problem with Heathrow Airport

So back to that thing that I've been searching for in airport after airport. I’ve been on the hunt and I finally found one.

There are few experiences worse than airport travel. I'm pretty sure everyone can agree on that. There's the lines, the baggage claim, the bathrooms and the security. There's a lot of waiting around, and a lot of stress going around.

Now, if you're looking to transform the airport experience you probably want to start at one of the places where everybody feels frustrated - the security lines. And that's exactly what Heathrow Airport decided to do in 2012.

Every day, 213,000 people travel through Heathrow's airport. That's a lot of people.

But in 2012, they were gearing up for something really big, the Olympics. Just for the Olympics alone, 9.5 million people were going to pass through Heathrow Airport. And the powers at be in Heathrow knew they needed to fix their security. Not the security itself, but the service in the lines. They knew they were going to get complaints. The experience of going through Heathrow's security was broken, and they knew this because they'd sent out some surveys and they'd been reading those comment cards.

As we’ve already covered there is a problem with surveys and comment cards. They have low response rates. But even when they do get responses, they are reflecting on the experience, sometimes weeks after. Which meant that Heathrow didn’t know what line that person went through. They didn't know what might've caused the long line. They had no idea how to fix the problem or where to even start targeting the fix. They had no idea how to transform the experience. And here's where that thing I've been looking for comes in.

I’ve been looking for a little toy-like device called a HappyorNot terminal.

A Finnish company has come up with a genius way to get people's reactions to the experience while they're still in it.

So Heathrow Airport decided to sign up with HappyOrNot and place these terminals in the flow of traffic right after they were walking out of security in the experience itself.

On the HappyOrNot terminals there are only four choices and all four are emojis. You’ve got:

The HappyOrNot terminal is completely frictionless. And remember, if you want to get people to commit to giving you some feedback about the experience, you have to make it as frictionless as possible. All you have to do is take one second and hit one of the emoji buttons.

After you’ve done that it magically sends the answers to a series of servers, with the data monitored in real time. Are people more happy? Or less happy?

So now, Heathrow Airport could find out in real time, which lines were performing worse than other lines. And that means, they could address the problems immediately.

You need to remove friction...

You can make the experience better, just by understanding the exact moment, the exact location, the exact place where your experience is broken. And this can make a huge difference in the life of your consumers.

You can make them feel better. And that’s what a great experience is all about. The feelings you get from going through an experience with a brand.

It’s all about the micro moments

All you need to do is identify the micro moments that matter most. Where are the moments that you can have the biggest effect on the experience? And how can you understand whether you're delivering on that experience or not?

It's all about the micro moments.

We don't have to overhaul our entire customer experience. It's all about the small things. So take some time to find the small places in your experience where things are going wrong.

What did they learn at Heathrow Airport?

Here's what they learned at Heathrow Airport.

They learned, that just by one line knowing whether the other line had a higher score, it changed the way the low-scoring lines performed.

They didn’t need to overhaul the entire system. They just had to get people to understand that this stuff is important. That making people happy and leaving the right kind of impression, even in airport security, is what makes the experience great.

There's a lot wrong with the airport experience. We’ve already covered that. Other airports and venues have used the same HappyOrNot terminals to figure out what’s wrong with their bathrooms, baggage claims or even their Wi-Fi.

These little moments make the experience great for more people.