Who is NOT your customer... and why it's more important than who is 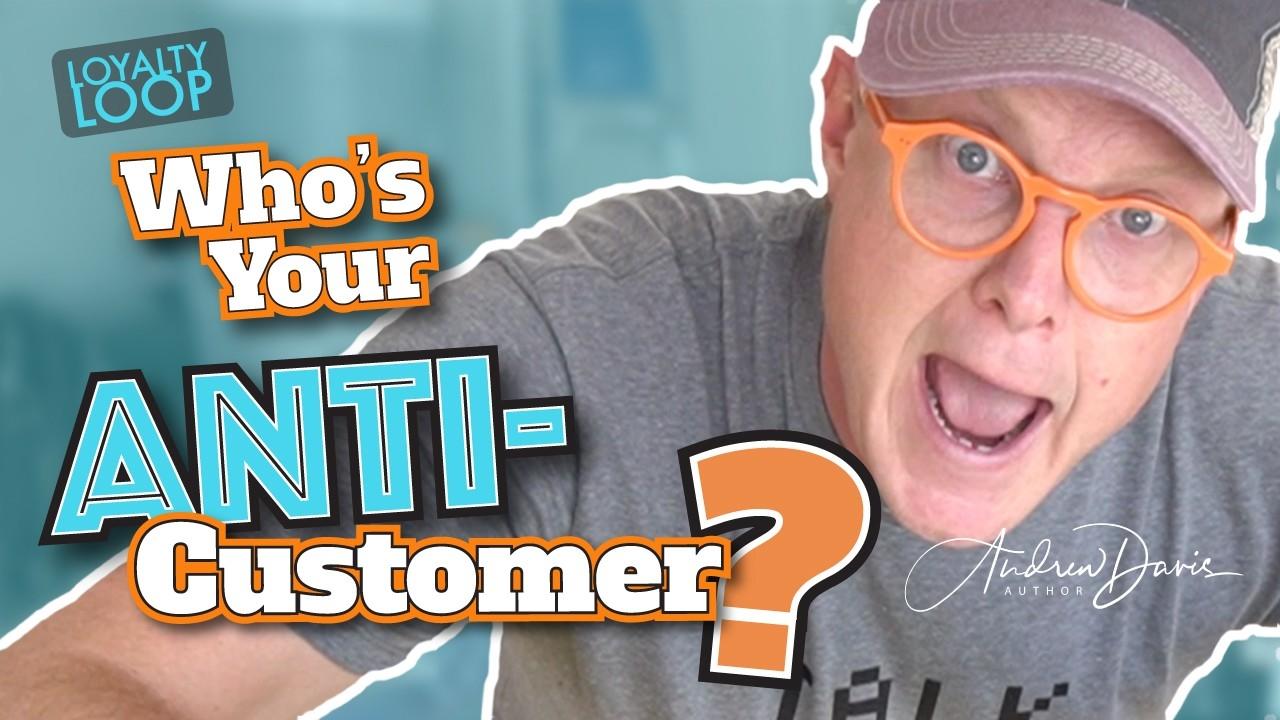 Hey Loyalty Loopers, I’d like you to try something for me.

Close your eyes for a moment and picture your ideal customer.

Easy, right? You’ve spent God only knows how many hours conjuring your client avatar — you know their name, what they look like, how they spend their spare time, heck, you’re pretty sure you know how much milk they like to pour on their cereal in the morning.

Because every marketing person EVER has told you that this is the way to achieve business success.

Well, there’s at least one entrepreneur I know of who did exactly that. And by identifying (very specifically!) his anti-customer, he boosted his bank account by a cool $620,000.

Meet Stuart Semple, an artist who loves to mix his own colors. If you’re artistically inclined, his range is pretty exciting; there’s a color called LIT which is an awesome glow in the dark pigment, and another called Rainbow Liquid which is a color-changing pigment. All really cool.

But a few years ago, Stuart heard about a brand new color called Vantablack. It was billed as the definition of darkness — developed by a whole bunch of scientists it used nanotechnology to absorb 98% of visible light. You literally couldn’t get a blacker paint than that. As an artist, Stuart couldn’t wait to get his hands on the stuff to try it out.

Only he couldn’t. Because the company that created Vantablack had already signed an exclusive deal with a famous artist, a guy named Anish Kapoor (the guy that created Chicago’s Cloud Gate, or the Bean as you might know it). Anish Kapoor was literally the only person in the world allowed to use this revolutionary black paint.

Stuart wasn’t impressed. So he decided to strike back against what he sees as artistic elitism, and create his own — even blacker — black.

He launched a Kickstarter campaign and, thanks to the support of like-minded artists who agreed that no one person should ever own a color exclusively, Stuart raised over $620,000! Enough to help him create the blackest black in the world, Culture Hustle’s Black 3.0.

Now anyone, any professional artist, any novice, you, me, anyone can get their hands on Black 3.0.

Anyone EXCEPT Anish Kapoor!

You see, when you go to Stuart's Culture Hustle website, and you add Black 3.0 to your shopping cart, you must agree to the following terms and conditions:

Can you own a color?

But, before Stuart’s #sharetheblack campaign could become a short-lived marketing gimmick, he identified yet another anti-customer: T-Mobile. The telecom giant has tried to monopolize the color magenta, arguing that their brand so inextricably linked to that particular shade of pink, no other brand should be allowed to use it.

Well, of course, Stuart is having none of it so he’s started a #sharethepink campaign too. If you want to buy his Pink TM paint you need to agree to the following terms:

“By adding this product to your cart, you confirm that you are in no way affiliated to T-Mobile, you are not purchasing this item on behalf of an associate of T-Mobile, and you do not hold a telephone contract from T-Mobile. To the best of your knowledge, information, and belief, this paint will not make its way into the hands of anyone associated with T-Mobile.”

It’s a great color, but I wouldn’t be able to buy it. Firstly because I’m a T-Mobile customer, but more significantly, because it’s completely sold out!

Ironically, it's Stuart's determination that no one should be allowed to own a color, and his clear and simple understanding of who his customer is NOT, that has united artists around the world. That has made them want to stand by him and his brand.

That one simple, clear idea has turned Culture Hustle, a small team of artists working in an art studio in Dorset, England, into one of the world's fastest-growing art materials brands.

And it’s making me wonder whether we’ve all been spending so much time crafting customer personas that they’ve just become meaningless. Maybe it’s time to focus on the people who should NOT be buying our stuff?

Don’t miss next week’s #LoyaltyLoop — subscribe now to have it land in your inbox a full day before everyone else gets to eyeball it.