What do you want your customers to do next? 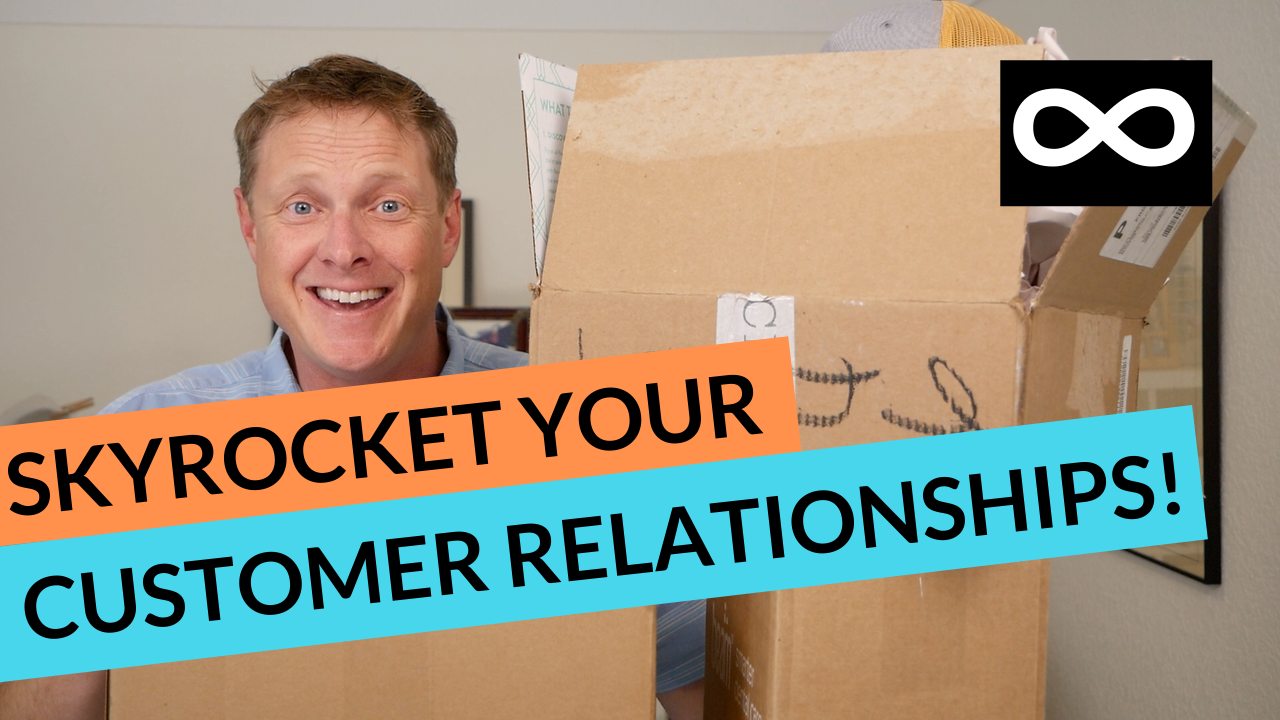 It’s mailbag time — oh yeah! One of the perks of traveling so much is that I have a ton of cool stuff to open up when I get back.

So today I’m going to go through some of the promotional boxes I’ve been sent and show you who’s doing direct mailing the right way, who’s thinking through their moments of inspiration and who’s getting those moments of commitment. And I’m going to give you a few ideas on how you can amp it right up to create better customer relationships.

Clue: there’s one super simple thing that almost everyone forgets to do…

So you’ve got some interesting things coming up, maybe an event, a book launch, whatever. And you need to start creating a buzz. How are you going to do it?

That’s exactly what my friend, Michael Brenner has done. He has a new book (“Mean People Suck”) coming out October 25th and he’s sent me a “Mean People Suck Hat, Be Kind” merch box. He’s trying to inspire me to wear a branded hat, a shirt, to put a sticker on my car or my laptop — he’s done a great job of merchandising his product. Oh, and he’s written a nice little note, addressed to me and my wife, which is so cool.

But this is where he goes wrong: he hasn’t given me any direction on where to go for the next moment of commitment. Does he want me to give away the book? Give away a hat, as a way to promote the book to other people?

So, for sure I love this stuff. But do I know what to do next? Well, not yet. He needs a moment of commitment from me, but he’s making me do all the work!

Now, I’m not going to hold it against him, so here we go: “Mean People Suck” by Michael Brenner, out October 25th. Go buy it!

So yeah, build that excitement, but don’t leave it there with nowhere to go. Lots of folks will be happy to help you get the word out about whatever stuff you have going on, but only if they don’t have to figure out how they’re going to do it.

Make it easy for them!

There’s nothing nicer than folks showing gratitude for something you’ve done, right? It’s such a good opportunity to cement a client relationship and the next box I’m opening is a great example.

It’s from Dan Negroni and it’s filled with more amazing merch — man, do I love opening this stuff! There’s a book called “Chasing Relevance”, a nice sweatshirt, and a note that says, “thank you for being so generous”.

I’m loving this box, but again, I’m not sure what to do next. Does he want me to review the book, pass it along to people, wear the sweatshirt to my next event? Who knows!

We’re all really good at sending people stuff as a thank you but then missing out the next step. Because this is a great moment to spend some time thinking about the next step in their journey and encouraging them on to that next moment of commitment.

Getting that moment of commitment

Okay, so we’re on the same page — we’re sending our customers loads of cool stuff, we’re creating moments of inspiration, and now we need to figure out how we’re going to secure that moment of commitment.

That’s where this last box comes in.

It’s from Beam, a company that sells dental insurance. Not exactly exciting stuff. But I’ll show you how they’ve managed to get my attention and make it on to the Loyalty Loop.

When you sign up for Beam dental insurance, they invite you to answer one question as soon as you've filled out the initial forms. They invite you to go online, and tell them what color toothbrush you want.

Now, this is really important. You see, they're creating a moment of inspiration that's inviting you to go online to complete the process, and they're doing it with one simple question, that piques your curiosity and gets you to that next moment of commitment.

And then they send you a box, which is already something a bit different because what other insurance company sends you a box? You usually just get a bunch of paperwork that no one wants to do and that’s it.

But with Beam, there’s the box, beautifully packaged and inside there is, of course, my toothbrush. Blue, just like I wanted. And they’ve even added a little travel-size toothpaste. How 'bout that for a welcome package from an insurance company?

They’re totally changing the experience and that’s the key to creating a Loyalty Loop.

But that’s not where it ends because the real reason they’ve sent me that stuff is to let me know that I can actually save 15% when I renew next year, and they tell me how to do it.

Essentially, this box is my starter pack and if I use their mobile app to actually track how often I brush and floss, I’ll qualify for the saving when I renew. I just have to brush and floss.

And they know this is good for you, the consumer, but it's also good for them, because they don't have to pay for all that dental work you might need if you didn't brush and floss.

They're essentially tracking your behavior, inviting you to commit by downloading the app, and taking you on the next step of the journey, creating a transformative Loyalty Loop experience in the process.

They’ve got my attention, they’ve created that moment of inspiration, AND they’ve told me what to do next.

And they’ve given me a great incentive to do it. Oh, and the guys at Beam told me that they now have people asking if they could get a welcome package for their brother, cousin, or their friends.

How’s that for a Loyalty Loop experience, folks?

So whenever you’re sending something out, remember that you can create a richer experience by thinking about the next moment of commitment you want your audience to take — and making it easier and more exciting for them to take it.