The Super-Secret Society & The Power of an NDA 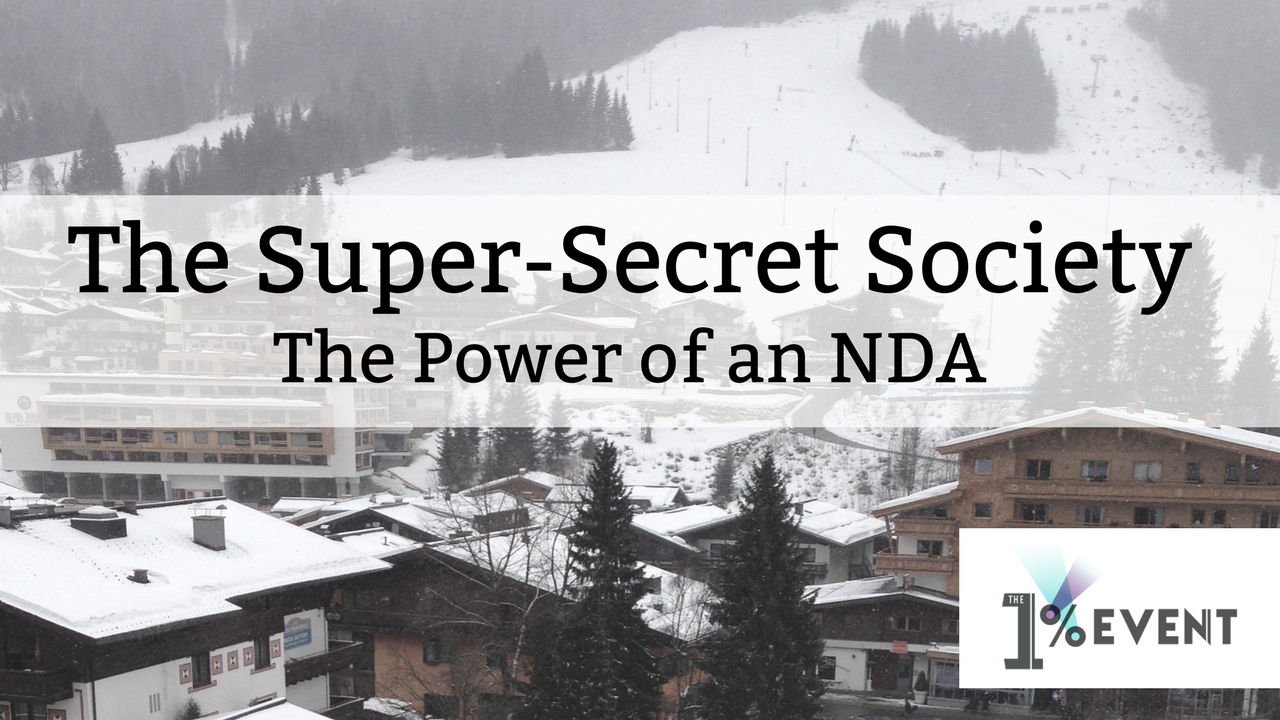 DISCLAIMER: Many of the names in this article have been redacted to protect the confidential nature of a society of agency executives sworn to confidentiality.

There’s a secret global society of agency executives. It’s an organization that flies under the radar of Ad Clubs, Marketing Associations and Agency Roundtables. Having run an agency for eleven years, I was never invited to join this secret society. But, after writing a book read by XXXXXXX XXXXXX, one of the executive organizers, I was asked to attend and even present to this lustrous group.

This secret association has been around since 1936. It’s the Skull & Bones or The Knights of Templar of the advertising world. It’s called TAAN Worldwide. Today, the organization is run by Peter Gerritsen (yes, THAT Gerritsen from Allen & Gerritsen,) and I was about to spend three days at one of their global events.

I checked in to XXXXXXXXXX, the ski lodge in a remote Austrian hamlet called Saalbach-Hinterglemm. (Because - you know - all good, cryptic, fraternity’s meet in out-of-the-way European ski villages - haven’t you ever seen a Bond movie?)

I was ready to spend three days with some of the most highly respected c-level ad agency executives in the world, and I was thrilled.

Here's the thing. I can't tell you anything I learned at this secret society meeting. Why? Every single attendee must sign a Non-Disclosure Agreement (NDA) before attending.

The Amazing Power of an NDA

In the past decade, I've signed many an NDA. When I speak at a corporate retreat or conduct a workshop for a global corporation, for example, I'm often asked to ensure the confidentiality of the topics discussed by signing on the dotted line. However, the TAAN Global Retreat is the one event where each and every attendee is also required to sign an NDA.

You see, decades ago when Mr. Gerritsen was the head of a global ad agency he found it impossible to have honest and open conversations with other ad agency executives. Anytime Peter would open up to a peer about an issue, concern, or struggle his agency was facing Peter's peers insisted they'd never dealt with the problem. It seemed everyone was doing just fine. Everyone except Peter.

That is until Peter signed the very same NDA and went to his first TAAN event.

Here's What I Can Tell You

The very first discussion session of the global retreat I attended required every single executive in attendance to provide a copy of their agency's profit and loss statement. In turn, each executive would sum up their year and discuss some of the problems they're having. Others chimed in with suggestions or questions. What I witnessed over the first four hours in XXXXXXXXXXX was terrific.

Insight, advice, and opportunities for new thinking flowed from every executive in the room. No one left the room for four straight hours.

Would this group be so open without signing an NDA? Maybe. But I suspect that the NDA provides every attendee with the assurance that their "secrets" are safe. They're in a circle of trust and a few times every year they can let loose with a group of peers. They can talk about their problems, their solutions, their struggles and their wins openly.

Maybe the NDA is just a security blanket that sets the tone for an event unlike any I've ever witnessed.

No matter what, TAAN is impressive.

...You could increase the value of your event by requiring attendees to sign an NDA? What if you create your very own secret society?

...How can we get our attendees to open up and to share in ways we could never imagine?