What is the marketing funnel and why don’t they work? 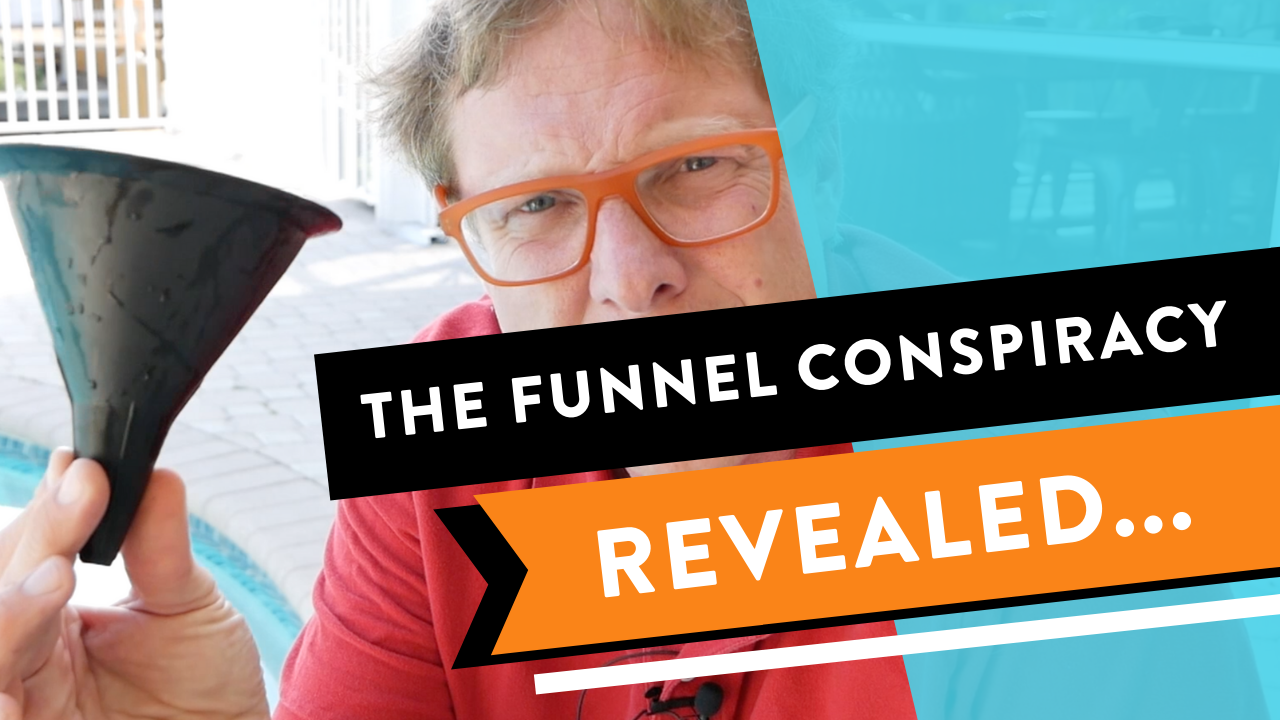 Let’s dive into marketing and sales funnels. I'm going to explain what they are, what's wrong with them, and uncover the simple trap that most businesses are falling into when it comes to funnels.

I'm also going to reveal the conspiracy behind the plot to keep the funnel.

What is a marketing funnel?

A marketing and sales funnel is designed to help you visualize a series of stages during the consumer's buying journey.

Generally, there are five or six stages. In the funnel I show you in the video, there are six:

Here's how it works. You make a ton of people aware of your brand… now some of those people might consider buying from you.

With the funnel approach, you’re trying to push a huge volume of people through your funnel, but the problem is that a lot of them aren't aware of your brand, and so only a few trickle out the bottom.

You see at every stage of the funnel you lose some people along the way.

So what’s wrong with the marketing funnel?

Well, there are two things actually.

The funnel was actually invented in 1898 by Saint Elmo Louis.

Now, to be fair, he didn't draw a funnel, he drew a scale – but the concept was exactly the same.

He believed, as a traveling salesman, that if you got the attention, interest, desire, and conviction in the mind of your audience or your prospect, you would outweigh any objection to the sale and you would be the one who walks away with the sale.

And for the last century, marketers and salespeople have been designing and redesigning the funnel, that was invented in 1898.

We've tried a funnel shaped like a bowtie with multicolored dots, we’ve tried one funnel inside of a more complicated funnel, with two random blue arrows, and we’ve tried the F-U funnel. But they’re all fundamentally the same funnel.

So the first problem is that the funnel has not evolved in over a century, but the consumer has. The way we buy has changed fundamentally just in the last five years.

And that leads us to the second problem with the funnel.

So now that you have a much bigger funnel, you can take a lot more people and get a lot more of them through to the bottom.

But here is where the second problem with the funnel comes in.

The funnel is one way and its success relies on your ability to buy ads, to raise awareness for your product, or your service, or your brand.

Why has the marketing funnel not changed?

So why is it that a model that's been around for over a hundred years – invented before we had airplanes – is still being promoted and followed in a marketplace that's changed so much in a 120 years?

I don't want to sound alarmist, but there's a conspiracy at play.

Who's behind this conspiracy, who is in the shadows, can you guess?

It's anyone that sells ads.

So The New York Times, CNN, MSNBC, Fox News, Facebook, Instagram, YouTube, Google, the radio station that you listen to in the morning, your local news affiliates… they love the funnel.

Because it's predicated on the idea that for you to be successful, you must buy ads and where do you buy ads? From them!

And if your business isn't going that well, well that's okay, you can step into any salesperson's office in any media company and they will tell you to buy ads.

Fill the funnel, raise awareness. And that’s how they make money.

If there was a better model for you to acquire and keep customers that didn't include raising awareness, do you think the media companies would be very quick to embrace it and teach you all about it? Especially if it didn't rely on buying ads? No, I don't think so.

Should you buy ads?

Yes, I think there are very good reasons to buy ads, and if you want to learn more about those reasons, I actually created this video all about it.

But the reason you should buy ads has changed since 1898 and it’s not just to raise awareness.

Maybe we should challenge the traditional model, the funnel for marketing and sales. Maybe there's a better way.

And, when someone suggests that you buy ads or raise awareness to fill your funnel with new prospects and leads, maybe consider first why they believe this is the best solution.