How to re-engage your cold leads 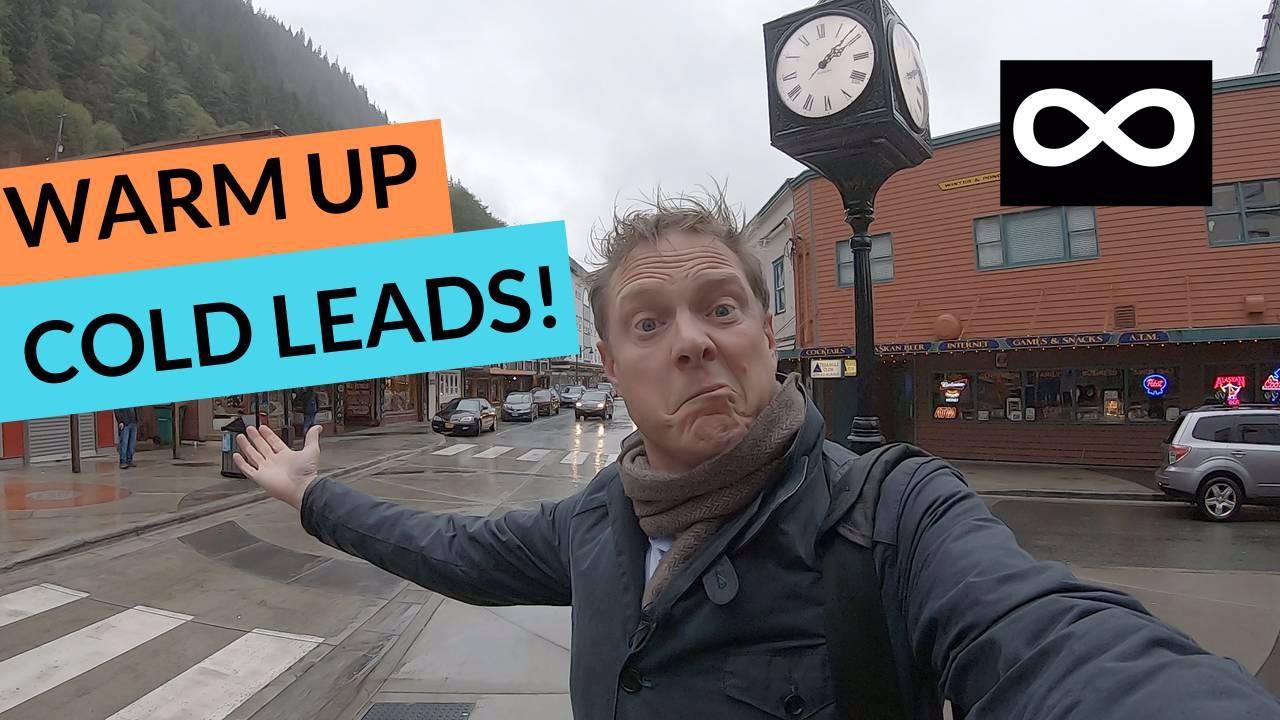 Over-thinking our email reach — it happens to the best of us, right?

Numbers-wise your email list is looking pretty healthy but as soon as you dig a bit deeper you find that it’s full of leads that have gone dark on you. So you freak out just a little and desperately try to re-engage those prospects.

Well, listen up, guys, there’s no need to panic.

I’ve been digging a bit deeper too and I’m going to show you how one particular company made a huge marketing mistake, and how it led to an amazing re-engagement of those clients, prospects, and leads that had fallen off the face of the earth.

My friends, I’ve been doing a little marketing experiment, just for you. I’ve spent the last three weeks interacting with B2B brands, executing small moments of commitment with them — I’ve signed up for newsletters, free trials, demos, and webinars. I’ve filled out contact forms and asked for pricing info.

I’ve watched as desperate marketing teams and sales associates try to re-engage me with their long, lengthy emails and their requests to check out their calendar or make an appointment for a conference call. They were straight up begging me to re-connect.

And here’s the deal: I think they’re trying waaaaay too hard to start up a conversation. It all just turned into a blur of noise.

But one company stood out…

Now, I’d love to tell you which company but they’re kind of embarrassed about the mistake they made and they’ve asked me to keep things anonymous. So let’s call them Company Oops.

Company Oops sells very expensive medical equipment. The base price is like $150,000 for one unit and most of their deals are worth $1 million plus. This is a straight up expensive, long sales cycle and a big B2B purchase with lots of decision makers. Maintaining momentum in those conversations is crucial.

Well, they were setting up a brand new marketing automation system and the person in charge of the system had set up a test email headed: "Subject Line: Subject Line”. The body of the email was equally generic: "Hi", first name (and it actually did insert the first name.) And then it said, "Wanted to reach out and show you some love." Period. Then at the bottom it said, "Cheers," and it would close with the signature of their assigned account rep.

And that's it. It was nothing more than a placeholder, waiting to be updated with the details of the first campaign they planned to send out in the new system.

You see where I’m going with this. Yup, the test email went out and not just to a handful of cold leads and prospects. No, it went out to hundreds and thousands of people. Oops.

If you’re a marketer reading this, I know you just broke into a cold sweat even thinking about screwing up like that. You’re thinking that’s just about the biggest mistake you could make when setting up a new system, right?

But honestly? It didn’t turn out to be the disaster you’re imagining. Because a ton of their prospects actually responded! They re-engaged.

Some of them just wanted to find out what was going on — like was there supposed to be an attachment with that email? Some emailed back with a little update on where the project stood and thanked them for checking in. Others gushed with emotional responses full of deep appreciation for somebody taking just a little bit of time out of their day to show them some love. They were just so grateful that someone else was thinking about them.

With just one accidental email, Company Oops actually re-engaged some of their coldest leads and prospects.

And the amazing thing is they did it by using two powerful loyalty loop drivers:

The first loyalty loop driver they used was removing friction. You see the people on their list are used to  long, lengthy emails that require time, energy, and effort: Company Oops removed that friction with their one sentence email. And by removing the friction, it got them to recommit, to respond, and to re-engage in a conversation that will hopefully lead to a sale.

The second loyalty loop driver they used was scaling camaraderie. Camaraderie is the mutual friendship that people feel when they spend time together and it’s so effective in B2B sales where building trust is vital. But it doesn’t have to be a huge complicated thing — it can be enough just to reach out and ask people how they’re doing. Just show them some love.

This Oops campaign by is a great example of the simple power of scaling camaraderie, even if it was more mistake than marketing strategy!

So B2B marketers, maybe we're just trying too hard. To re-engage some of our coldest, quietest, fallen off the face of the planet leads, maybe we just need to use these two Loyalty Loop drivers: removing friction and scaling camaraderie.

Why not take a second today and think about what your version of the Oops campaign could be. It doesn't have to be a mistake like the guys at Company Oops — write something up, schedule it, and then sit back and see what happens. The results might surprise you too!

Want to know more about scaling camaraderie? I’m going to share a great example in next week’s Loyalty Loop, coming to you from Clearwater, Florida. Subscribe now so you don’t miss it.