How to build a brand | Buy ads or create content? 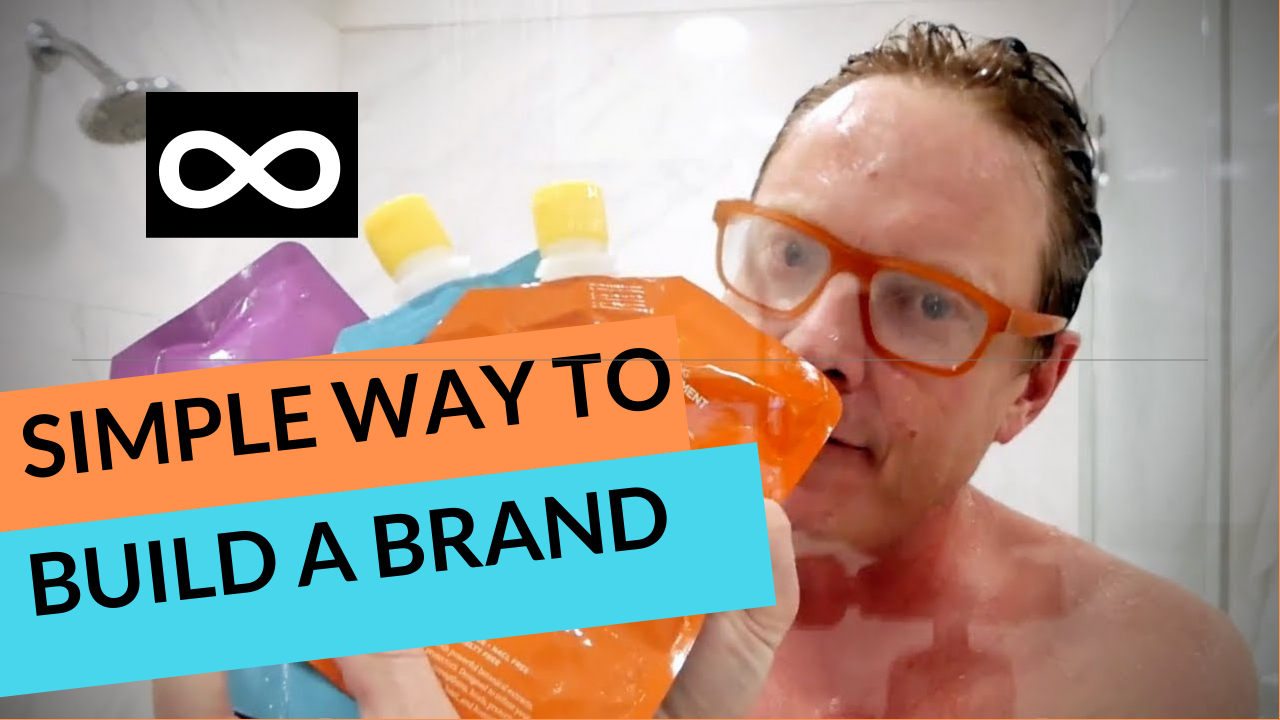 Rub and dub dub, Loyalty Loopers! This week’s episode is fresher than fresh, and not just because I recorded it in my shower.

Now, I know that’s not the only reason you’re tuning in. You’re here because you want to know how to build your brand, but let’s be honest - it’s hard! I’m not going to sugar coat this: building a brand may not be easy, but it can be elegantly simple.

To start brand building the right way, you’re going to have to embrace a big idea. Ready? Ok, let’s do this! When you first start out, brand building is not about you, your business, or even your product. Instead, it’s all about the market. Say whaaaat?

Before we explore my bold claim further, let’s take a step back into my office (a.k.a. the shower). Why was I even in here to begin with? To show you this line of hair care products I love called Under the Sun, of course.

Under the Sun was created by none other than my hairstylist Lauren Donald, and what these products do is really special. They were designed for people like me who live in sunny places like Florida and work to keep your hair healthy despite the extra UV ray exposure. Although Lauren was committed to making it into a powerful brand in Florida and beyond, several years of non-stop work were starting to take their toll. Poor Lauren was starting to feel the effects of brand-building burnout.

So how can she fix this? How can she accelerate her growth, transform her business, and build her brand so her dream actually becomes a reality? To answer these questions, we need to move this conversation to the kitchen and look at a very different product: apple cider vinegar.

Apple cider vinegar is neither exciting nor sexy from a brand-perspective, and there isn’t much differentiation between competitors in the same category: a bottle from one manufacturer is essentially the same one from another. Yet here I am drinking it every day (blech!) because several people have told me that it’s “good for me”. And it’s not just me: the general demand for apple cider vinegar has been steadily rising. Why is this so?

Traditionally, there are two ways to brand build:

1) Raise awareness for your product by buying advertising to increase market share. This is a very expensive approach that pits you against bigger, more established brands for a slightly bigger slice of a limited pie. It’s an uphill battle with no guaranteed outcome.

With a product that averages $3.69 for a half-gallon bottle, this is obviously not what the apple cider vinegar people did. They went with option 2:

2) Start a movement that increases demand for an entire category of products, rather than a single brand. When popular demand for apple cider vinegar increases as a whole, then market share grows for everyone in a very cost-effective way. The pie gets bigger and everyone benefits.

To verify this, I recommend that everyone try Google Trends at least once. It is arguably the most underrated tool in the universe. Let’s use it now.

When researching “apple cider vinegar”, you can see that there is a spike in consumer demand sometime around December 2016. A quick Google News search reveals that several articles were released at that time about the many health benefits of apple cider vinegar, citing newly released studies in the research world. And just like that, apple cider vinegar was on everyone’s radar and grocery shopping list, including mine!

So back to Lauren: since Under the Sun is a great brand already, all she needs to do is find a way to increase demand for her product in the marketplace. How? By getting the press to help her do it.

But this solution comes with its own set of challenges. The trick is figuring out how to channel and control that conversation with the *right* kind of content. But for more on that, be sure to tune in to next week’s Loyalty Loop! Until then…(flips hair)*, I’m outta here.