Experiential Marketing | What Is It and Why Does It Work? 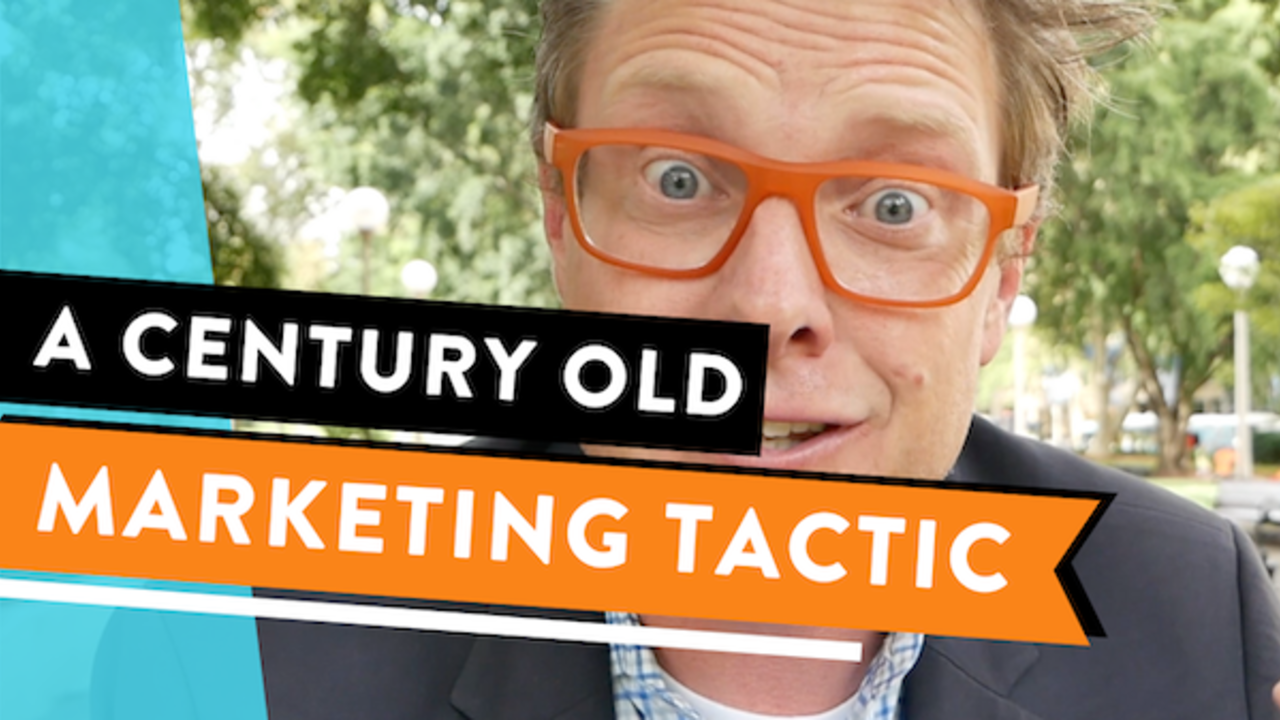 In this week’s video I demonstrate this by flying 11,000 miles to show you exactly what experiential marketing looks like.

Let me introduce you to some people… Joe Nathan and Sanjay Gill and his wife, Mirabai Winford.

Now, here's what they have in common.

Three, they all use experiences to win over new customers.

And four, they are amazingly successful at doing it.

What's amazing is that they use very similar experiential marketing tactics to own the very same customer, except they did it over 100 years apart.

Everything old is new again.

Experiential marketing… over a hundred years ago

Joe Nathan ran a powdered milk company called Defiance Powdered Milk which he had purchased with his brother in the early 1900s.

Joe and his brother were struggling to compete in a marketplace of more than 300 powdered milk brands.

They’d advertised heavily and it didn't seem to help sell much more powdered milk but it did spark thousands and thousands of consumer inquiries on how to raise a healthy baby.

Instead of ignoring those thousands of consumer inquiries, which some CEOs might do, he decided to answer those inquiries.

He hired a woman named Nurse Kennedy who answered every single one of those consumer inquiries on behalf of the company with a handwritten letter sent back to the consumer.

Before they knew it, word got out that Defiance would answer any infant-related health question with a personally responded letter, and soon the team at Defiance Powdered Milk had 11 nurses on staff answering hundreds of letters a day.

What’s the benefit of answering questions?

So, what was the benefit to Defiance of answering all these questions?

Well, they started selling tons and tons of powdered milk with every answer they sent.

That's when Defiance got really smart and Nurse Kennedy suggested that, instead of answering a lot of these questions over and over again in the same letter, they write a book.

Nurse Kennedy published a book for expecting mothers all about taking care of a newborn baby, and only one of those answers included anything to do with powdered milk.

They offered anyone in the world a free copy of the book as long as they paid for postage and handling and they started sending out copy after copy.

A hundred years after Joe started his business, Mirabai and Sanjay had their first baby and they also launched their business.

Their business is called Purebaby and they produce organic clothing for babies.

Their claim to fame is a onesie the ‘growth suit’, a onesie with a revolutionary zipper that allows you to unzip it really easily, instead of dealing with snaps.

Purebaby know that a new parent buys more clothes in the first two years of a baby's life than in the next 10 years. They recognised the need to own the parents before the baby is born in order to maximize the potential revenue from each new baby.

So, how do they do that?

Purebaby hosts what they call nesting workshops which answer the many questions of expectant mothers, such as how to swaddle a baby and how to you change a nappy?

It's an hour long, one-on-one or group session where they answer all those basic questions before the baby arrives. You also get awesome checklists, such as one for the arrival home or the hospital checklist.

These nesting workshops are held in their stores and the average expectant mother walks out of every one of those workshops spending about $200.

Consumers don't necessarily want the wisdom that's been passed down for generations, because things have changed.

Of course you can go online and get the kind of information that Purebaby are offering in their workshops, but there's no one person or brand you can go to talk to to get these answers – until Purebaby. They have built an experience.

Sanjay and Mirabai have created an experience, one that's very much like Joe Nathan's from 100 years ago.

Experiences encourage consumers to participate in the purpose of the brand

Purebaby are encouraging consumers to actively engage in raising happy, healthy babies instead of passively receiving the messages from the brand.

They’ve built an experience and that's exactly what experiential marketing is.

Mirabai and Sanjay have built an amazing business. They have 24 stores or so in Australia. They do a ton of business online, they're available worldwide, and they are expanding. The Purebaby brand has taken off. Everyone is aware and knows about Purebaby in Australia.

What's the secret to success?

The secret to Mirabai and Sanjay’s success with the Purebaby brant is that understand the same fundamental principle that Joe Nathan uncovered over 100 years ago.

If you want to build a massively successful brand and a business, you need to earn your customer's trust, because trust builds relationships and relationships drive revenue.

So what happened to Joe Nathan's business? Well, we can all agree that Defiance Powdered Milk is not a great brand name, so Joe rebranded. He rebranded and called his company Glaxo. Yes, Glaxo of GlaxoSmithKline Beecham, or GSK, one of the world's largest pharmaceutical companies.

Today, GSK is worth 107 billion dollars and I have no doubt that Purebaby in five years will be a billion dollar global brand because Sanjay, Mirabai, Nurse Kennedy, Joe Nathan all understand the value of experiential marketing.