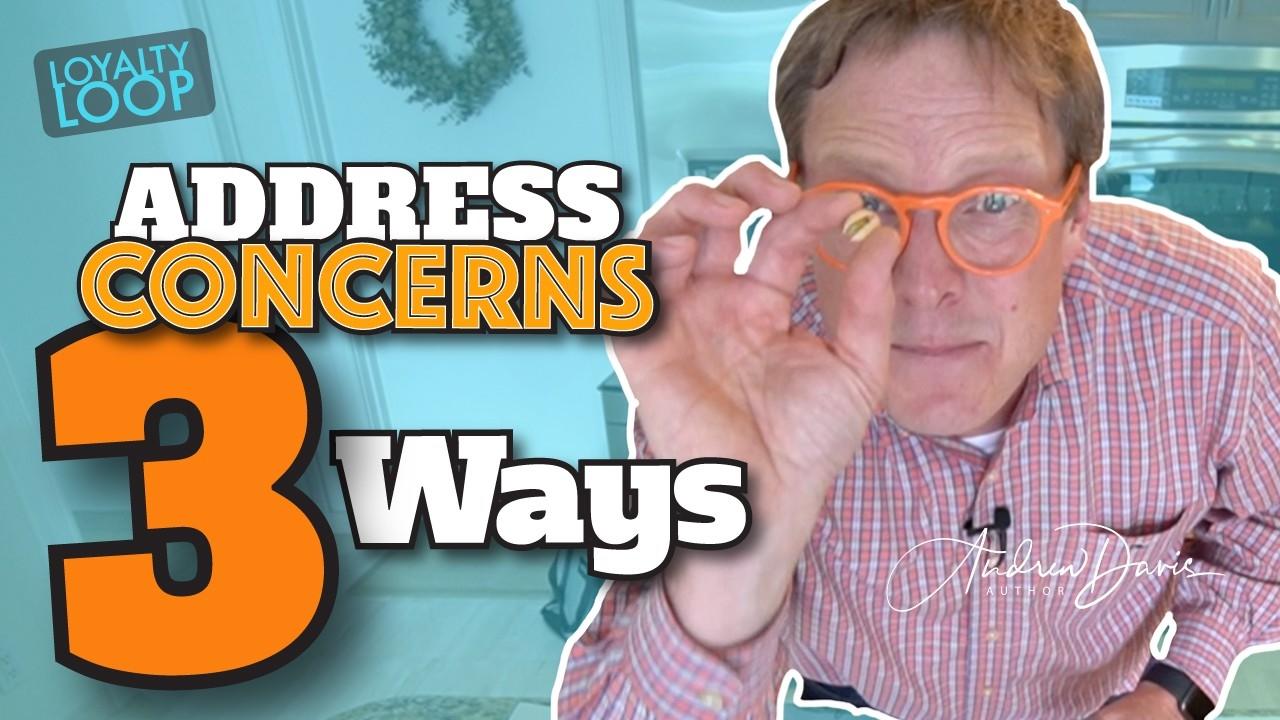 Less than half a second — that’s how long it took me to figure out how to get millions of people to switch from a big bank to a credit union.

Now, that could be because I’m a bona fide marketing genius…or it could just be because every financial institute ever seems to be making the same really obvious mistake: they’ve forgotten to think about their prospects’ pre-commitment crucial concern.

Every single prospect has one and there's no getting past it. It’s the concern they have even before they engage with your brand, before they fill out your online forms, before they pick up their phone to call you. And how you deal with it determines whether they’ll turn from prospect to customer — or whether they’ll just walk away.

And what I discovered when I started looking around for a new bank, is that no financial institution seems to have the first clue what their prospects’ concern is, let alone how to deal with it.

The problem with credit unions

If you caught last week’s episode, you’ll know that when I asked you guys to recommend a bank, loads of you told me about the great experiences you’d had with credit unions. Great, I thought, I’ll take a look. But I soon discovered that credit unions were suffering from a sophistication gap — when it came to their websites, they just couldn’t compete with the all-singing, all-dancing, slick websites the big banks have invested in.

Unfortunately for the credit unions, the sophistication gap wasn’t the only issue they had with their online marketing: not one of them addressed their customers’ crucial concern.

There were a ton of other things they DID address.

They love to market their mission statements — they’ll happily dedicate a whole page to those bad boys!

Oh, and they’re pretty pleased with their credit card offers too.

They go on at length about the fact that they’re member only (although they don’t always make it clear what this really means!)

And they’re not shy in telling you about their great rates, low APR, and other amazing deals.

All of which is great…only no one cares about any of that yet. Why? Because their prospects have a massive pre-commitment crucial concern that the credit unions will have to address before they can even start thinking about all of that other stuff.

So what is the crucial concern for credit union customers? Well, as I said earlier, it took me less than half a second to figure it out and not much longer than that to find a whole bunch of stats to confirm my suspicions.

One in five Americans have considered switching banks in the last 12 months but have done nothing about it. That’s 50 million Americans — and I’m one of them.

And why didn’t those 50 million Americans make the switch? Well, 63% of them said they had concerns about how much trouble it would be to transfer all of their auto payments and deposits if they switched banks. The remaining 37% said the process would take too much time and effort to complete.

So, breaking that down, that’s 100% of us who would have switched banks if the process were easier. I’ve been with Bank of America for over 26 years and the potential hassle of switching is the only reason I’m still there.

And there it is: your consumer's crucial concern. It’s a huge barrier for millions of potential credit union customers, and not one of their websites even came close to mentioning it.

The crucial concern: find it, then fix it!

Sticking with the credit union example, imagine if they just added a new navigation button to their websites that said, “switching banks?” The first step then is to show some empathy. They could say, “We know switching banks is such a pain. You’ve got those automatic bill payments set up and you’re worried it’s all going to take far too long.”

Secondly, you validate their feelings: “We agree, switching banks is daunting.”

Step 3, pose a solution: “That’s why we hire people like Carrie. Carrie does nothing all day long but help people like you switch banks as seamlessly and as quickly as possible.” And finally, invite them to commit: “Set up a time to come in and meet with Carrie so she can help you make switching banks as fast, as easy, and as error-free as possible.”

And that’s it! I know I’d sign up for a meeting with Carrie in a second, wouldn’t you?

Of course, credit unions aren’t the only organisations that are losing business because they’re neglecting the crucial concern…so why don’t you have a think and make sure that you’re not missing your own prospects’ crucial concern. If you’re already nailing it, woo hoo, have a virtual high five from me. And if you aren’t? Follow the 4-step process and I guarantee it’ll transform your business!

In next week's episode of The Loyalty Loop we’re going to address how important it is to know who your customer is not (it’s not always as obvious as it seems…). Subscribe now to make sure you don’t miss it.