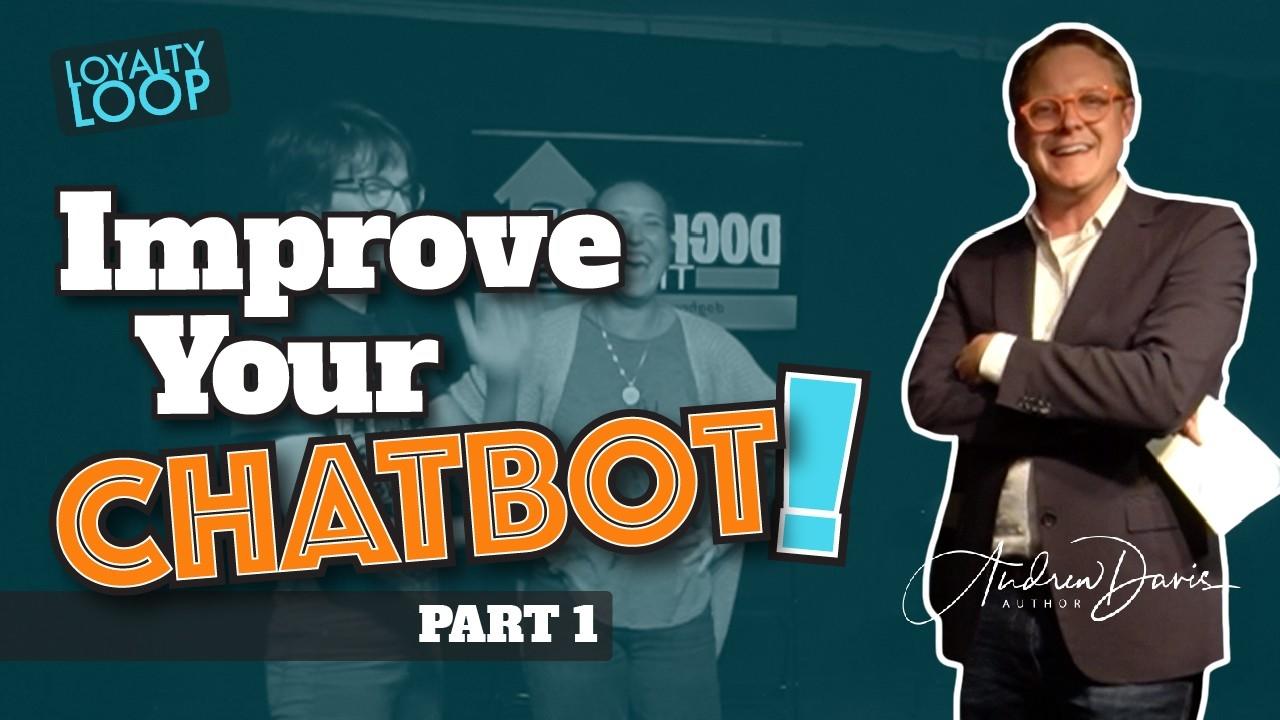 Chatbots: they’re all the rage and according to the experts even those of you who haven’t embraced the tech yet will be using them by the end of this year.

If you go with the textbook definition of a chatbot, these computer programs simulate and process human conversation so well that they allow us to interact with digital devices as if we were communicating with a real person. And they can apparently save businesses as much as 30% on their customer support costs.

At least, that’s the promise. But I’m wondering whether they actually live up to the hype.

Well, to find out, I’ve decided to conduct an experiment. I’ve come to the Doghouse Theater in Delray Beach, Florida, a place usually packed with people who have come to see an improv comedy show, totally improvised, with no scripts. And I’ve persuaded Rebecca and Catherine of comedy duo, Free Tacos, to ditch the improv for the night and use a script.

And no, I haven’t unleashed my inner Shakespeare — we’re using a script taken directly from an actual conversation I’ve had with a chatbot.

This particular conversation was with Mike Anderson Chevy in Chicago. Ready? Okay here it is, in all its glory:

Chatbot: Ask about our VIP appointment. Welcome to our live chat! I am here to provide live assistance. How may I help you?

Me: Hey, what's a VIP appointment?

Me: That sounds like the definition of an appointment. What VIP about it?

Chatbot: If you are planning to visit our dealership, we offer a scheduled VIP appointment.

Me: Well I know, but what's VIP about the appointment?

Chatbot: It enables us to ensure the appropriate person is prepared for your arrival. Are you looking for a new or pre-owned vehicle?

Me: I see. So it's just an appointment! There's nothing special about it.

Chatbot: Yes. Are you looking for a specific model? I can help you. Which model are you interested in?

Me: That's okay. Thank you.

Now, I don’t know about you, but I wasn’t hugely impressed by this. If you go back to the textbook definition of a chatbot for a second, you’ll remember that the goal is to create something that you can interact with as if you were communicating with a human. So let me ask you one question:

Does this feel like a conversation between two humans?

I don't think so. On a scale of one to 10 (with one being robot and 10 being so human I couldn't tell it was a robot) I give Mike Chevy Chevrolet a three. Yeah, a three. Not that great.

So what could they do to improve their human score? Well, I reckon three simple tweaks could be enough to push that number closer to a perfect 10.

Sure our chatbot has a name — Leah — and her avatar looks very human, but her speech doesn’t feel very human at all. It’s stilted and there’s just no personality there. She’s a robot that sounds like a robot!

Leah’s script is way too wordy for a human conversation; she needs to be more concise. ‘Nuff said!

If you’re already using a chatbot in your own organization, I definitely recommend taking the time to pick out one of your chat transcripts from a previous conversation with a prospect or a consumer and rope in a couple of volunteers to read it out loud for you, just like Free Tacos did for me. Have a think about where it would score in the one to 10 human test — and if the number is way lower than you would like, you know what to do!

I’ll see you again next week for another Loyalty Loop episode — subscribe now to make sure you don’t miss it!