How to sell your big ideas: The Chuck Norris formula 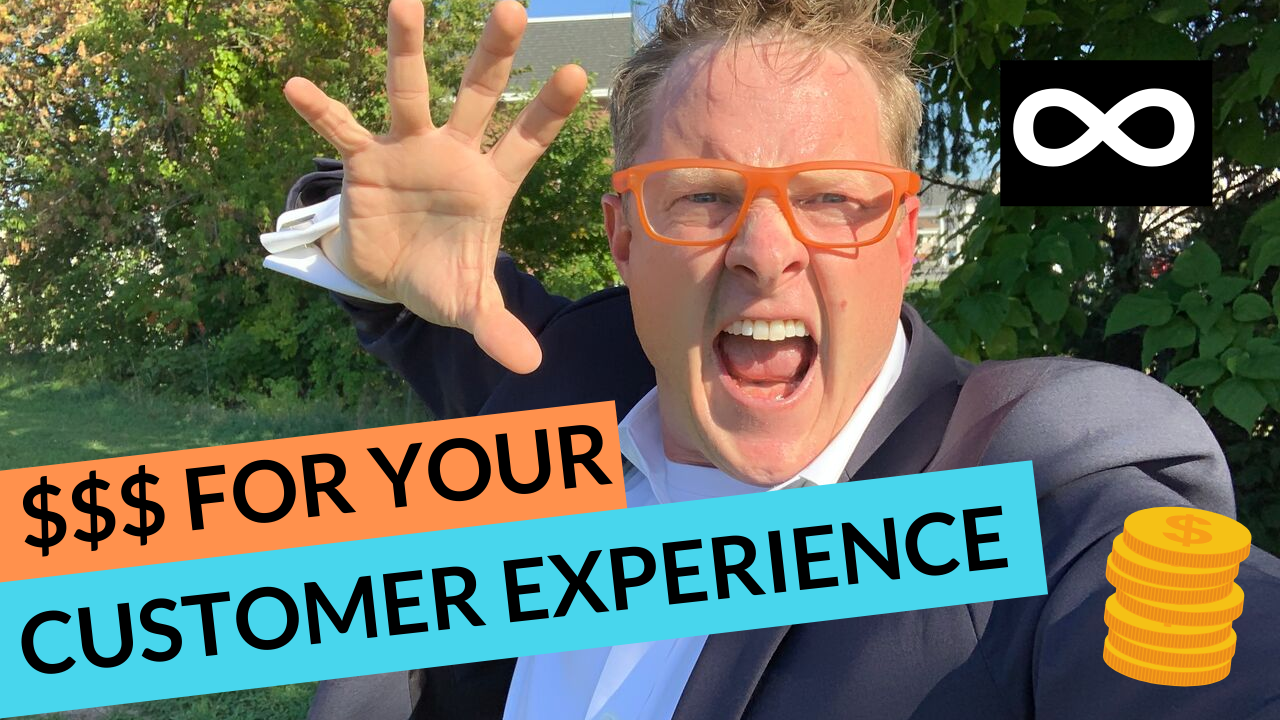 How do you sell your ideas?

This week I’ve had two separate people, at two separate events ask me the same question: “I love this Loyalty Loop stuff but how do I convince my boss/my company/my CEO to invest in great experiences?”

It’s a great question because creating great experiences for customers does require investment — whether that’s time, resources, or cold hard cash. And if your boss is determined to prioritize acquiring new customers, persuading them to focus on providing great experiences is going to take a bit of work.

So let’s break it down Chuck Norris style.

Now you might think folks would be too chicken to say no to kickass martial arts expert Chuck Norris, but back in the late 1970s, Chuck was trying — and failing — to sell a movie idea. For two years Chuck toured the Hollywood studios trying to get people to invest $1 million in making his action movie, “Good Guys wear Black”. And no one wanted to know.

Because the one thing all movie producers want to know is, “Why do you think this movie will make money?” And Chuck had one simple answer: “Because all action movies make money.”

Instead of investing in his movie, people would just see him out the door and say, "Thanks very much Chuck. Good luck with Good Guys wear Black." Meeting adjourned. So after two years and numerous rejections, Chuck decided to rethink his answer to the pivotal question.

At this point Chuck Norris wasn't a movie star; Chuck Norris was a karate king. Not just any karate king: Chuck Norris had won the championship title for six years in a row. If you were into martial arts in any way, you knew the name Chuck Norris. So, before his next pitch meeting, Chuck decided to use this to his advantage and he came up with a new answer.

When the next movie exec asked him why he thought his movie would make money, he told them:

"There are four million people that practice karate on a regular basis in America, and I was the undefeated karate champ for six years in a row. These people know me and the only way to see me is to see me in a movie. Hypothetically, if only half of those people who practice karate go and see my movie, that is a $6 million gross at the box office on a $1 million investment. That is a six time return on your investment.”

Suddenly he was speaking their language — and a six to one return on investment was too good a pitch to turn down. Meeting adjourned.

They made Chuck’s movie and “Good Guys wear Black” didn’t just gross the $6 million Chuck had promised, it actually grossed $18.3 million at the box office and turned Chuck Norris into a star — and the ideal poster boy for anyone who wants to know how to sell a big idea!

In his revised pitch Chuck tapped into some very basic, elemental math principles that every marketer should use when pitching a creative idea, especially a Loyalty Loop experience.

The first thing you need to get hold of is your customer churn rate — that’s the number of customers you typically lose on monthly, weekly, or daily basis. And if you don't have that, you want to get a number for the lost revenue you expect for the experience you provided.

For example, if you run a restaurant and most people don't get dessert, and that dessert is a $10 value, you could say that the lost revenue, the missed opportunity, is $10 per table. So let's say your restaurant has 100 tables, no one orders dessert and you're losing $10 per table, every night. That’s $1000 a night in missed revenue.

The second thing you want to extrapolate is the reduction in churn, or the reduction in missed revenue, that you think you can accomplish by implementing your idea. Going back to our restaurant example, maybe we only want half of those tables to leave without having dessert. Our goal is to get 50 tables a night ordering a $10 dessert. That's a $500 revenue increase.

The third piece of info that’ll help you sell like Chuck Norris is the amount you expect to invest to get to that level of return.

So let's say for example, that we're going to invest $250 a night in getting people to buy a dessert by creating a great experience. It’s going to be an amazing dessert; as soon as people see it they’re gonna shout, “I want that”, no matter how much they’ve already had to eat. But this spectacular dessert is going to cost you $250 a night to make.

And finally the fourth thing we need is to ensure that we are delivering a modest return on the investment. Just like Chuck Norris, we're going to under promise.

So, we're going to invest $250 in introducing an amazing new dessert experience. But for that $250 a night investment, we're actually going to increase our revenue by $500, by getting half of those tables to order that dessert every night. That’s a $1,750 revenue increase every week or $91,000 a year!

Is it worth that investment in giving customers a better dessert experience? At $91,000 a year I think we have our answer. Thanks, Chuck!

If you have a great marketing idea or a great Loyalty Loop experience you want to implement, take some time to understand how the financials look. You can build a financial picture on your own and then have your CFO or accounting and finance teams help validate it for you. When the time comes to take your ideas to the boss, you’re going to come across as way more credible and when they see the potential return on investment, they’d be crazy not to give you the green light.